Expect puzzled faces in the crowd when Little Isidore and the Inquisitors are introduced Saturday night at the Roots of Rock and Roll concert at the Benedum.

Little Isidore is a not a star from the era of the Platters or Chantels, who also will be on stage. He's also not really a tribute act in the vein of Pure Gold or Kid Kyle.

Rather, Little Isidore is David Forman, a little-known artist from the early '70s who packs an impressive resume. His songs have been covered by the likes of the Neville Brothers, Burton Cummings, Eddie Kendricks, Marianne Faithfull, Mink de Ville and Levon Helm.

He released his first album on Arista in 1976, drawing a rave from Rolling Stone and Crawdaddy. His second album featured the stellar lineup of Ry Cooder, Tim Drummond and Jim Keltner, but was rejected by Clive Davis and never saw the light of day. In the '80s, he moved on to jingle writing and, in the '90s, he formed Little Isidore as a rock 'n' roll revival band, along with working with the Hooters and an all-star cast including Cyndi Lauper and Carole King on the Americana project "Largo." In more recent years he wrote and recorded songs for the "How the Grinch Stole Christmas" and "Revolutionary Road" soundtracks. 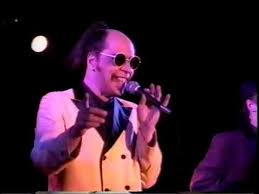 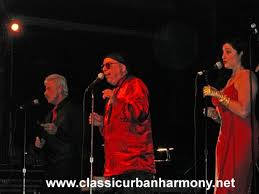 So, how did he manage to work with so many famous artists without becoming famous himself?

"You know, I ask myself the same thing all the time," he says. "But, really, I think I know. Y'know, I'm married with four kids. I didn't want to be the kind of guy who comes home one day and his kids don't know him. Or worse, hate him. I've been so lucky — I get to do pretty much whatever I want. I can put groceries on the table, pay my bills, make massive mischief and bring people joy. What's better than that? Oh, getting rich. Yeah, that would be good.

"But truthfully, I don't really enjoy being on the road. You know what? I'm 60 now. That means I've become venerable. And once you're venerable, anything can happen, because you don't have to be thin and sexy. Or have good hair. Or write Top 10 pop songs. People can like you for who you are and what you've accomplished."

While Forman is 60, his bald, pony-tailed Little Isidore is 75 and has his own mythology, including a legendary 1963 performance in Brooklyn when he "tore the show apart" and was never heard from again. In the real world, a 1994 Inquisitors album, "No One Gets Hurt," made Little Isidore a hit in beach music circles.

"I think people instinctively feel how much we love this rock 'n' roll — it's so infectious, so rockin' and so beautiful, that a very special bond is made between us and our audience. And it's funny, that is, I'm told I'm funny — but never at the expense of the music, or of the audience. They're in on the joke the whole way, and we never pander. Call it what you will, it's honest, energetic rock 'n' roll."

It's bound to win over the audience at the Benedum, but even if doesn't he already has gotten a thumbs up from a certain revered member of the Band.

"We were doing some Largo stuff on the 'Letterman Show' and Garth Hudson came up to me and said, 'Hey, Little Isidore, your rock 'n' roll records are incredible.' I thought I'd drop dead on the spot. I could have quit the business right there. Garth Hudson is a giant, man."

Perhaps the strangest item on Mr. Forman's resume was his non-musical role in one of the greatest stunts in history, Philippe Petit's legendary walk across the Twin Towers in 1974 (he helped in the planning and the hauling of the cables and appears in the Oscar-winning documentary "Man on Wire"). He was living in a Manhattan artists' loft and met Mr. Petit on the elevator, and then happened to see a story on the evening news about the street performer who had walked between the towers of Notre Dame Cathedral in Paris.

"It was the guy I'd just met earlier that afternoon. Now, outside my window, three blocks south, stood the World Trade Center. I just assumed that he was in town to walk between the Twin Towers. So later that night, I ran into them again in the lobby, and I asked him, 'Hey, are you here to walk between the towers of the World Trade Center?' He looked at me as if I'd said something terrible. 'How do you know this?' he asked. I just shrugged. Turns out I was exactly right. He told me he'd just lost his Australian crew, and could I help him, or did I know someone who could? I said sure, and the rest is, well, you know." 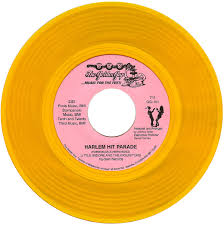 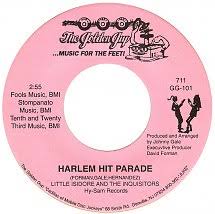 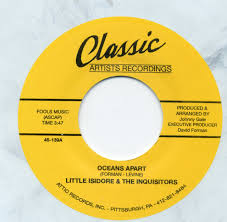 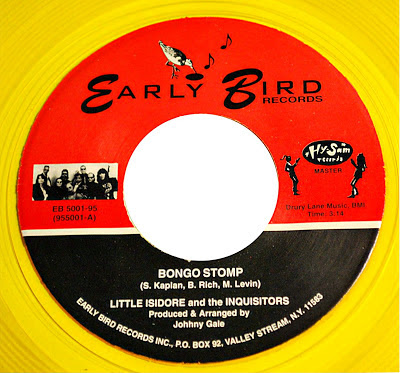