Centered in the historic St. George District of Staten Island, just steps from the iconic Staten Island Ferry, the St. George Theatre was the most magnificent theatre on Staten Island. Solomon Brill of the Isle Theatrical Company broke ground on a beautiful 2,800 seat venue, in August of 1928 and the doors opened on December 4th, 1929. The cost of the project, which included an attached office complex, was two million dollars, $500,000 of which was for the theatre. Brill, who owned several other theatres on the Island and once owned a nickelodeon with William Fox of 20th Century Fox fame, promised to bring top-of-the-line vaudeville to the borough for an admission fee of 75 cents. He envisioned the St. George as a “dream” show house rivaling Manhattan’s cathedrals of cinema.

The main architect was Eugene DeRosa; he was assisted by Staten Island resident James Whitford, who was known as the “dean of Staten Island architects.” Mr. Whitford also designed the Ritz, Liberty and Victory theatres, none of which exist today. The ornate interior of the theatre was designed by Nestor Castro. Mr. Castro was the art director for the Libman-Spanjer Corporation which designed the interiors of many theatres in the Times Square area. The majority of the elaborate architecture that is visible to theatre patrons is the result of Mr. Castro’s artistic genius.

At a time when many of the large movie houses were built by big Hollywood studios, Brill was an independent owner of fifteen theatres in the NYC area. Prior to his death in 1932, he sold one half of his interest in the St. George Theatre to Joseph Kohn, who later sold to the Fabian Theatre chain.
The Island’s newest movie and vaudeville house outshone most of its competitors of the day, including Manhattan’s Capitol Theatre on Broadway. Some of the theatres unique features included the absence of any obstructions; a $25,000 Wurlitzer organ; an advanced cooling & heating system; one of the largest cantilevered balconies ever built and velvet seats, gilded balconies and grand staircases.

The St. George Theatre’s interior is a variety of Spanish and Italian Baroque styles. The lobby is spacious with two box office windows and six windows displaying upcoming attractions. The foyer is illuminated by large stained glass chandeliers and majestic winding staircases lead up to the equally elaborate mezzanine level. Hanging above the grand lobby are oversized paintings of a bullfight and a Spanish village. Throughout the theatre are murals, tiled fountains and sculpted figures set in niches. The balcony and mezzanine originally had 1,400 seats and the orchestra section had another 1,600; about two thirds of those remain today.

The first movie to play was “So This Is College” and the headline “live” act was the husband and wife team of Blossom Seeley and Benny Fields. The movie and vaudeville format featured performers such as Al Jolson, Kate Smith and Guy Lombardo. The live performances ended in 1934 but began again during the 1940’s when shows promoting the sale of war bonds featured personalities such as Rose Marie and Arthur Godfrey.

The theatre was sold in 1938 to the Fabian Theater chain who continued to operate it as a movie palace until 1977. Several owners since then have tried reincarnations of the space that included a roller rink, an antique showroom and a night club, none of which were successful. An attempt was made in the mid-1990’s to reopen as a performing arts center and several performances were presented. This venture, too, failed and the owner ultimately gave up. With the exception of filming the finale of the 2003 film “School of Rock” at the theatre, the venue was basically dark for over thirty years.

In 2004, Mrs. Rosemary Cappozalo with her daughters, Luanne Sorrentino, and Doreen Cugno, started a not-for-profit organization to save this historic theatre from being torn down. Mrs. Rosemary, a prominent dance educator, donated her life savings (over one million dollars) to the organization and “saved” the St. George Theatre. With the support from the community, business leaders, elected officials, and their board of directors, a white elephant was transformed into a beautiful, thriving, majestic theatre for Staten Island and all of New York City. 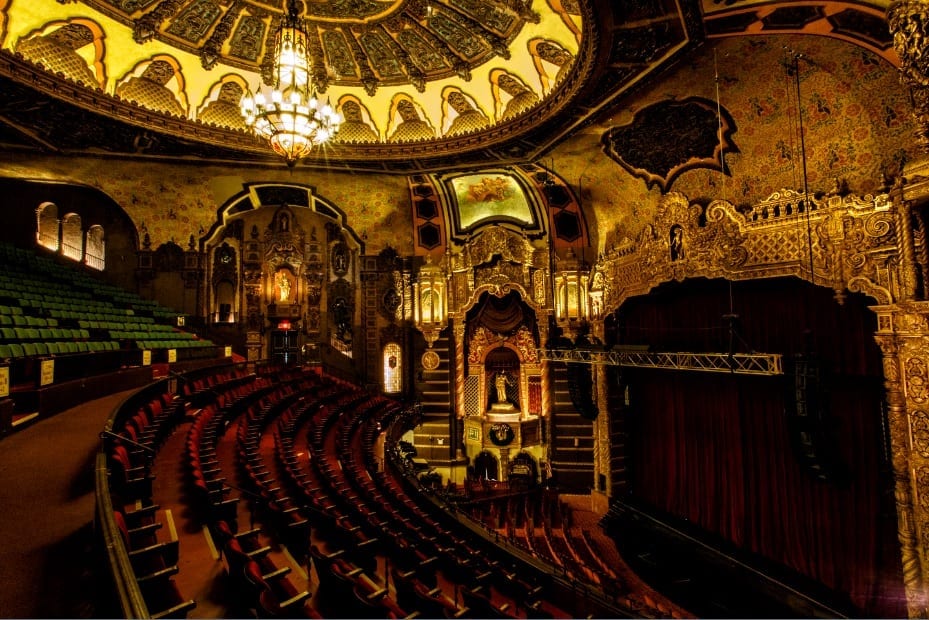 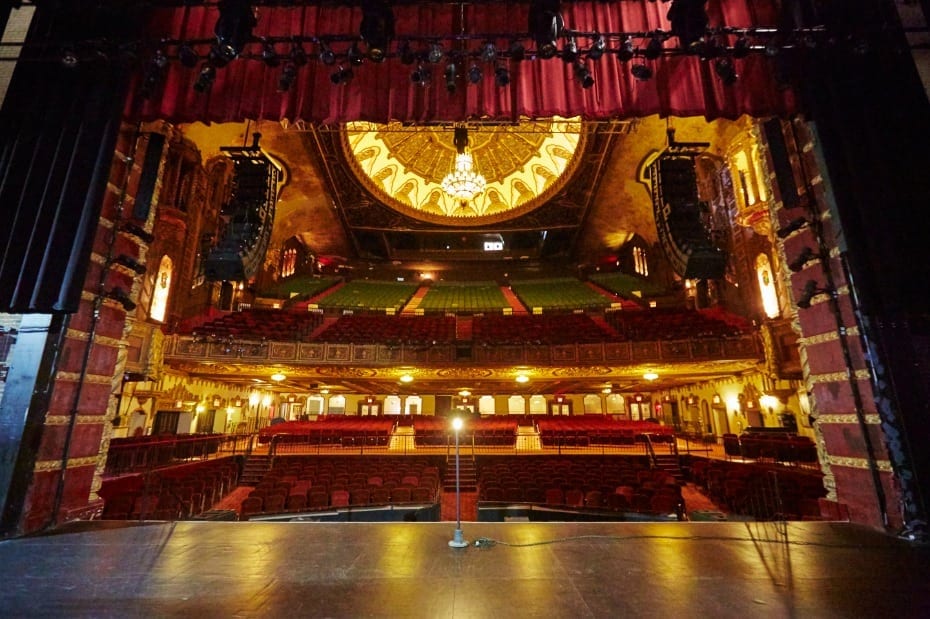