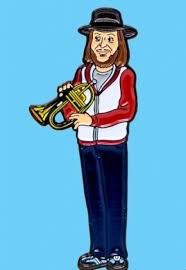 For more than five decades, Chuck Mangione's love affair with music has been characterized by his boundless energy, unabashed enthusiasm, and pure joy that radiates from the stage.

Mangione first attracted attention with his brother, Gap, in a mainstream jazz band, The Jazz Brothers, in which he played trumpet much like that of the man who he refers to as his musical father-Dizzy Gillespie. In fact Dizzy gave Chuck an 'updo' horn just like his own.

Chuck's years with the Jazz Brothers overlapped with his attending the Eastman School of Music and eventually resulted in his solo album debut. Chuck left home to play with Art Blakey and the Jazz Messengers, assuming the trumpet chair that had belonged to such great playersas Clifford Brown, Kenny Dorham, Bill Hardman, Lee Morgan and Freddie Hubbard. 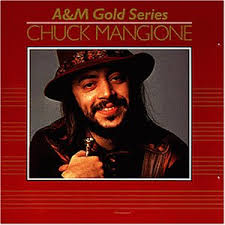 Another important step in Mangione's career development was his return to the Eastman School of Music as director of the school's Jazz Ensemble. His "Friends & Love" concert with the Rochester Philharmonic Orchestra was recorded live and featured "Hill Where the Lord Hides." This led to a recording contract with a major label, Mercury records, and his first Grammy nomination.

Those early years with Mercury culminated in the title tune of one of Mangione's most popular albums. Land of Make Believe, another Grammy nominee, Mangione then signed with A&M Records and delivered two extremely successful releases in one year, Chase The Clouds Away, which was used as background music during the telecast of the 1976 Olympic Games and Bellavia ("beautiful way"), named to honor his mother,which won Mangione his first Grammy award. 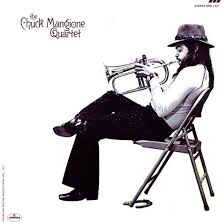 During the late 1970's, Chuck received more awards and accolades for his recordings. He reached new heights with his mega-hit single and album, Feels So Good.The 1980 Mangione entry in Current Biography called "Feels So Good" the most recognized melody since the Beatles' "Michelle." The Children of Sanchez double-album soundtrack won the Hollywood Foreign Press Association's Golden Globe Award, then earned Mangione a second Grammy award.

In 1980 maximum impact was achieved in front of an "intimate" television of several hundred million when Chuck's "Give It All You Got" was heard around the world as the theme of the Winter Olympics in Lake Placid which he performed live at the closing ceremonies.

Mangione was also busy with personal projects during the 1980's. He hosted an 8-hour concert featuring jazz legends Dizzy Gillespie and Chick Corea, which benefited the Italian earthquake Relief Fund.The '80's were exceptionally full years for Chuck. Having signed with Columbia Records he released several albums, including Love Notes, Journey To A Rainbow, Disguise, and Save Tonight For Me. Another highlight was working out with the New York Yankees at their spring training camp at the invitation of his friend and fan, George Steinbrenner. Chuck was often seen playing the National Anthem at Yankee Stadium and All Star games in San Francisco and Chicago. 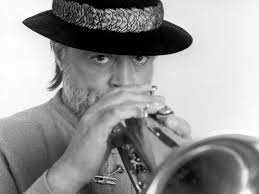 There was also "Salute to Chuck Mangione" a one-hour TV special hosted by Dick Clark; numerous performing and conducting dates with symphony orchestras across the country, plus television interviews on The Tonight Show, Larry King, Soul Train, Solid Gold, and many others.In 1989, Chuck released two live albums, "The Boys From Rochester," featuring Steve Gadd, Gap Mangione, Joe Romano and frank Pullara, plus a double album, Chuck Mangione Live at the Village Gate. Following these releases, and more than 25 years of one-nighters around the world, Chuck Mangione stopped playing.Many people point to the death of Dizzy Gillespie as the event that propelled Mangione back into music. In 1994 chuck scheduled a whirlwind of activity that included recording sessions for two new albums, a series of nightclub performances by himself and other jazz favorites which featured his "Cat in the Hat" matinees for kids (they continue to draw SRO audiences and raves from critics, parents and kids alike). Four major orchestra dates in upstate New York helped create an endowment fund in honor of his father, Papa Mangione, and musical father Dizzy Gillespie, for the Rochester School of the Arts.Chuck is currently caricatured on the Fox TV hit show, King Of The Hill.He is the celebrity spokesman for "Mega-lo-mart" and scored the music for the 1998 Valentine's Day episode. When Chuck performed in Poland for the 1999 Film and Jazz Festival, his composition "Children of Sanchez" brought the audience to its feet. Unbeknownst to the composer, the piece had become somewhat of an anthem during the struggle for democracy and many in the audience were in tears, holding their hands over their hearts.In the year 2000 Chuck made his first ever appearance in Korea to SRO audiences where Feels So Good has been the top requested instrumental hit for the past twenty years. He returned to Seoul in 2001 and was performing there when 9/11 happened. Chuck has recorded two albums for Chesky Records. The Feelings Back & Everything For Love.His 60th Birthday Bash Concert at the Eastman Theater in Rochester New York raised over $50,000 for St. John's Nursing Home.Recently Smooth Jazz stations throughout the U.S. recognized Chuck Mangione's "Feels So Good" as their all time #1 song.Chuck received the Eastman School of Music Alumni Achievement Award in 2007 In 2009, Chuck was highlighted at the Smithsonian in an artifacts Donation Ceremonyand Onstage Discussion that pays homage to his illustrious career, artistry, community service, and dedication to jazz education. Chuck Mangione Inducted to Rochester Music Hall of Fame.April 29, 2012Jazz legend and Grammy Award winning composer/musicianChuck Mangione was among the initial class of inductees into the brand new Rochester Music Hall of Fame. Chuck's induction took place at a star-studded event on April 29th at the Eastman Theater, in Rochester, NY.The appreciative crowd was on their feet for Chuck's performance, with brother Gap, of a medley of hispoplular hits.