Dee Dee Sharp hit the biggest with her first record for the Cameo/Parkway label, a blessing that pigeonholed the Philly songstress as a teenybopper forever to be identified with her number one smash from 1962, "Mashed Potatoes Time." Living in Philadelphia, the home of Dick Clark's American Bandstand helped her career; she appeared on the syndicated teen dance show many times from 1962 to 1981. The first black female teen idol, Sharp also became a fixture on Clark's Caravan of Stars tours, and a familiar face in the popular 16 Magazine.

Born Dione LaRue on September 9, 1945, she played piano from an early age, and directed choirs at her grandfather's and other churches in Philadelphia. After her mother suffered debilitating injuries from a car accident when LaRue was only 13, she gained a job as a background singer and developed the skills to work on sessions by Lloyd Price, Frankie Avalon, Fabian, Bobby Rydell, Jackie Wilson, and Chubby Checker. 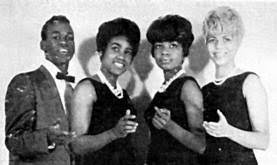 Lady luck helped when her vocals were added to Chubby Checker's "Slow Twistin'" (1962) making it a duet. Her first solo session was scheduled the next day — the "Mashed Potatoes Time" session — and at 17, Dione LaRue was became an overnight sensation. Producers Kal Mann and Bernie Lowe didn't like LaRue's name so they created Dee Dee Sharp, since everyone called her D and she sang in D sharp.

Smaller hits followed: "Gravy (For My Mashed Potatoes)," "Ride," "Do the Bird," "Wild," "Willyam, Willyam," "Never Pick a Pretty Boy," and "I Really Love You" in 1965 — Sharp's first R&B record. None sold like her first, but the young singer did all right. She appeared on American Bandstand to promote every release; Cameo promoted her as pop so she didn't see much of the chitlin' circuit; the label also sent her to modeling and charm school. 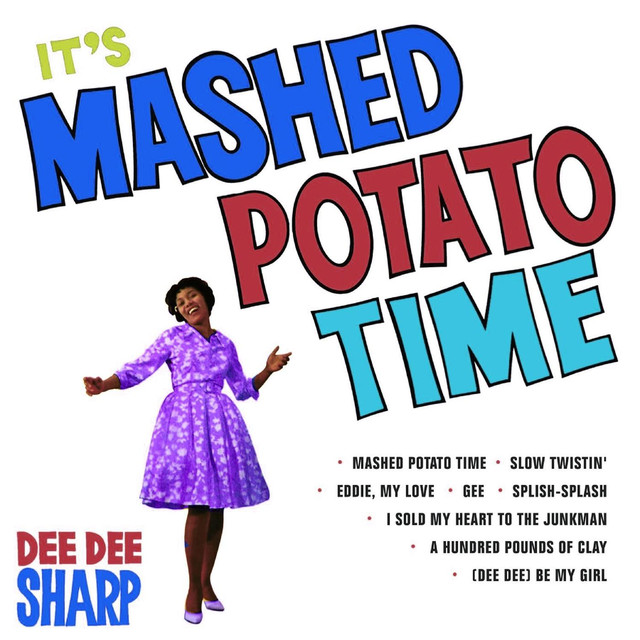 Sharp and Checker hooked up and recorded an album together entitled Down to Earth, one of nine LPs that Cameo issued on Sharp (all with blinding colorful colors). Languishing record sales prompted her exit from Cameo to Atco/Atlantic Records. The Atco deal materialized partly because the label was trying to snag her soon-to-be husband Kenny Gamble to produce records, and used Sharp as bait. Three singles appeared (from 1966-1968) including a duet with Ben E. King ("Whatcha Gonna Do About It"). The tracks, done mostly in Memphis, were harder than the Cameo sides, but the promotion wasn't there. Displeased at Atco's efforts, Sharp, Gamble, and Leon Huff started Gamble Records in 1967, which issued three Dee Dee Sharp singles. Two more appeared on Gamble & Huff's TSOP label, including the LP Happy 'Bout the Whole Thing. She then signed with Philadelphia International (PIR) — as Dee Dee Sharp-Gamble — for five singles and "Conquer the World Together," a duet with Bunny Sigler (as David Siqler). 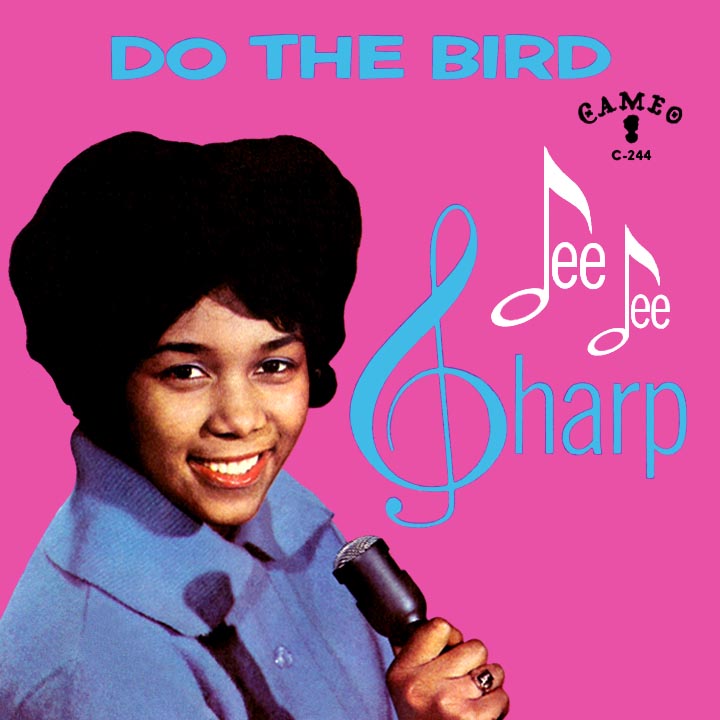 Sharp also collaborated (uncredited) on many of the songs on Gamble Records, but by the time her second PIR album came out, she had begun divorce proceedings, finalized by 1980. A new earthier, sophisticated, foxy Sharp emerged after the Cameo recordings but nothing happened. While Checker made a career cutting dance hits and became an international superstar, Sharp's career lacked the horsepower, though she maintained good visibility via television, tours, concerts, and club dates that took her around the world. Besides her many television spots, she appeared in films including Desperately Seeking Susan, Don't Knock the Twist, Hairspray, Sister Act, and Troop Beverly Hills. A beauty, Sharp remarried (to Bill Witherspoon) and has been linked romantically with Gene Chandler, Muhammad Ali, and David Ruffin. Sharp enjoyed a fruitful career, despite minimal chart action after 1966. And except for some racial incidents in the South experienced by many African-American performers in the era, she emerged unscathed, un-addicted, and unscarred. 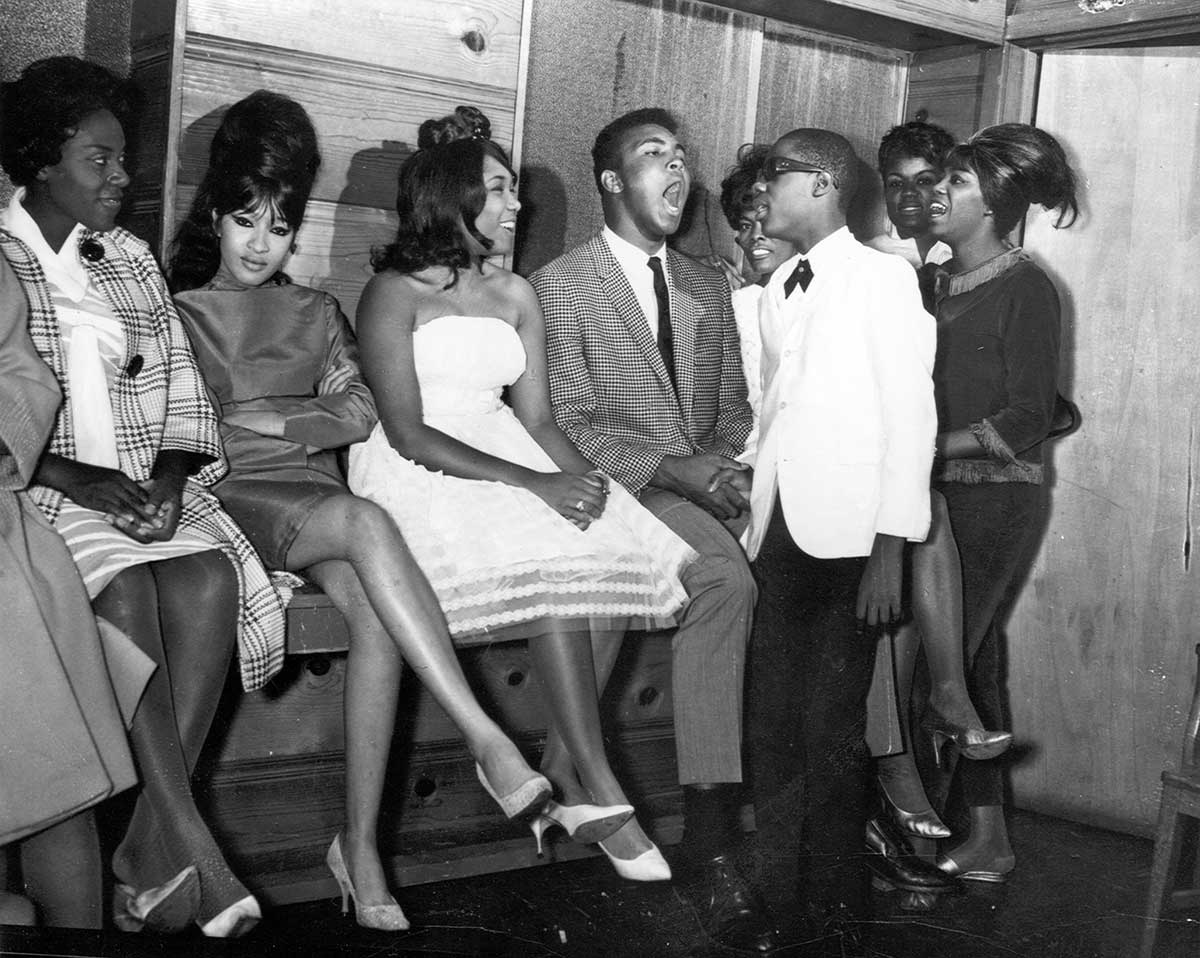