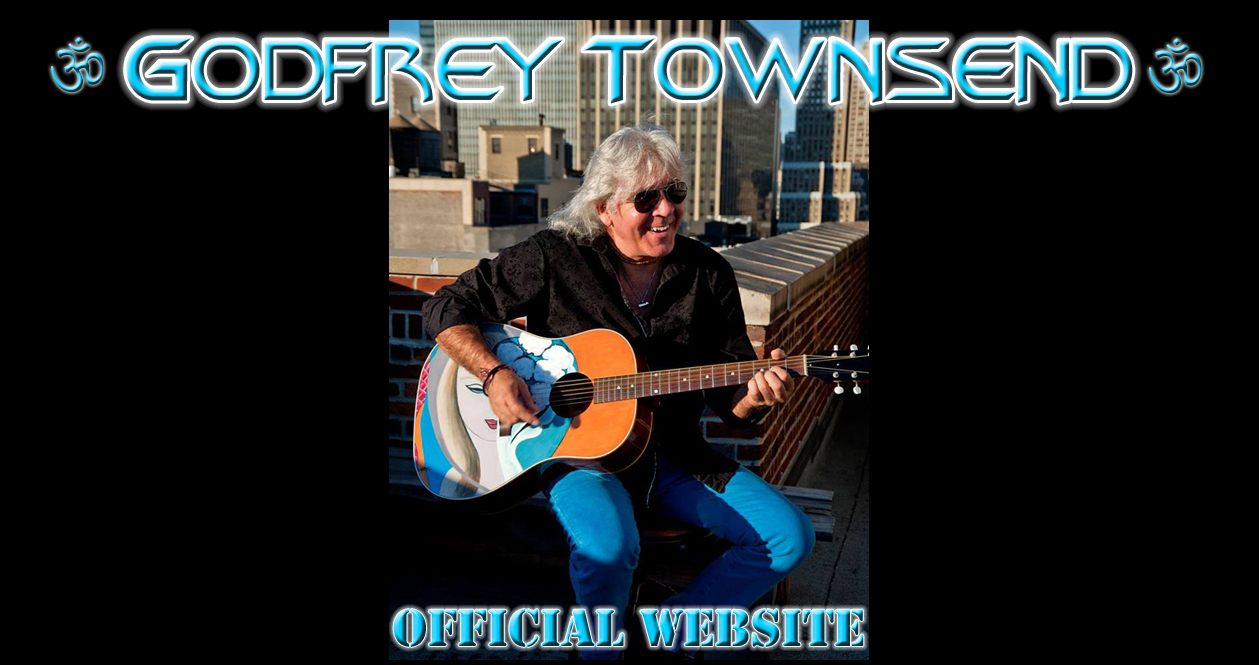 Godfrey Townsend is an accomplished New York City musician who has worked with some of Classic Rock’s biggest names over the last decade.

He formed his first original band "Alexis", when he was 17 years old. They became the house band at "Coventry", a premiere rock club in Queens, New York where Billy Squier’s "Piper", "New York Dolls" and "Kiss" got their start. Gene Simmons was so impressed with the band that he tried to get them signed to Casablanca Records. For nearly 20 years, Godfrey developed his musical abilities performing over 1000 gigs with numerous cover and original bands.

In 1995, Godfrey performed in a show called "Jukebox Giants" at The Flamingo Hilton in Laughlin, Nevada, with members of the Original Broadway Cast of "Beatlemania".

He performed 2 shows a night for 3 months with such classic artists as Mitch Ryder, Spencer Davis, Joe Molland of Badfinger, Merrilee Rush ("Angel Of The Morning"), Pat Upton of Spiral Staircase, Sal Valentino of Beau Brummels, Cub Coda from Brownsville Station, Dennis Yost of The Classics IV, Len Barry of the Dovells and Tiny Tim.

Godfrey has also worked with British pop artist and songwriter Martin Briley ("Salt In My Tears") and classic songstress and singer Jackie DeShannon ("Put A Little Love In Your Heart", "What The World Needs Now").

As front man (guitar and vocals) since 1996 for The Who’s John Entwistle, he has toured the US and Canada several times and recorded a studio and live album with The John Entwistle Band.

For the past 3 years, Godfrey has been musical director for 21st Century Artist’s "A Walk Down Abbey Road"; he’s toured the US, Canada and Japan extensively with such superstars as Alan Parsons, Todd Rundgren, Ann Wilson of "Heart," Mark Farner of "Grand Funk Railroad," Christopher Cross, Jack Bruce of "Cream," Denny Laine from "Wings," Joey Molland from "Badfinger," David Pack of "Ambrosia," and Eric Carmen of "The Rasberries."

Godfrey’s vast musical knowledge and repertoire in the "Classic Rock" genre, as well as his talents as a guitarist, vocalist and keyboardist have kept him in demand. He is currently a member of The Alan Parsons "Live" Project and has also recently toured with Jack Bruce of "Cream" and Dave Mason of "Traffic."

He has assembled a talented and versatile group of musicians who he uses when performing around town as well as for touring with "A Walk Down Abbey Road" and "The Alan Parsons "Live" Project."

He has also appeared at B.B. King’s performing a concert series, entitled, "Classic Rock Guitar Greats." This series included several shows, such as "Masters of the Stratocaster," a tribute to Jimi Hendrix, Stevie Ray Vaughan, Jeff Beck, Dave Gilmour, Robin Trower and Eric Clapton and "Yardbirds Who Flew The Coop," a tribute to Jimmy Page, Jeff Beck and Eric Clapton.