Judy Craig (born August 6, 1946, New York, United States) is the American lead singer of the girl group, The Chiffons. She left the group in 1969, but returned in 1992 after the death of Barbara Lee.[1] Fronted by Judy Craig Mann along with her daughter and niece, The Chiffons resurfaced in 2009 and continue to tour and perform select dates in North America and Europe.

It takes ambition to become a superstar. Sometimes. 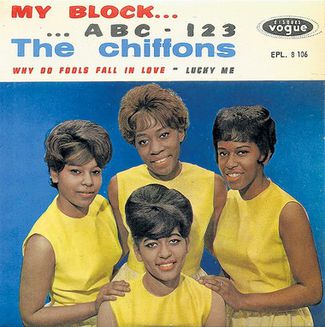 To hear singer Judy Craig tell it, her 1960s girl group, the Chiffons, did not exactly have a burning desire to make the big time.

"To tell you the truth," the singer says in a recent call, "we didn't even think about it until the record came out."

The record Craig speaks of is "He's So Fine," which shot to No. 1 in 1963. (Bronx native Craig is bringing her latest incarnation of the Chiffons to Red Bank on May 8.)

Continues Craig: "The young man who wrote 'He's So Fine' put the group together. His name was Ronald Mack. He was trying to get out there as a songwriter. We would do different demonstrations with him. He did all of the leg work. Then he recorded us, and the next thing we knew, we had a No. 1 song.

But I don't think we thought about it that much. We weren't thinking about becoming big artists. Basically, we were trying to help Ronnie get his songs heard. So we were surprised when it happened."

So surprised that suddenly, Craig and her fellow Chiffons — Patricia Bennett, Barbara Lee and Sylvia Peterson — had to put together a show to meet the unanticipated demands of stardom.

"I guess you could say it was a whirlwind," Craig recalls.

"We weren't really prepared for it. We had no idea that we had to get an act together. We had to do movements for our songs and things like that. So it was a rushed thing, getting ready to perform. It was a rush job, but we got it together."

The Chiffons were young — Craig was a senior in high school when "He's So Fine" hit — and they enjoyed wearing the fashions that went with stardom.

"We really had a ball doing it, because we got to go shop for our clothes," Craig says.

"We took turns picking out (matching) dresses for all of us to wear. Some of the things we wore, we had made. One of the members, Patricia — her grandmother made some of our things. We got to wear nice clothes." 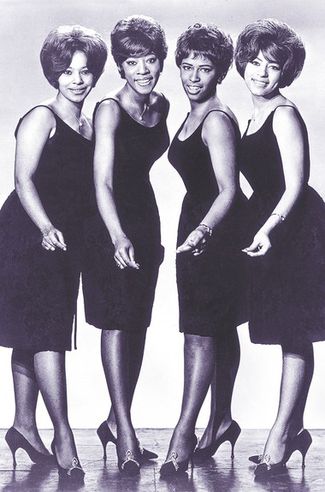 The Chiffons were on the bill for the Beatles' first full concert in America.

"We opened for them for the show they did at the Washington Coliseum (in 1964), but we did not get to meet them that night," Craig recalls.

"It was so chaotic that night. Everyone would do their show and then get out.

"We didn't get to meet them until London (in 1965). We got to meet them and the Rolling Stones and the different groups that were in England at the time."

But Craig left the Chiffons in 1969, and stayed away from the stage for 23 years.

"To tell the truth, I had no interest in ever singing again," she says. "But when Barbara passed (in 1992), Pat and Sylvia had jobs booked. They asked for my help. Being as I knew the songs and I could still wear most of the clothes, I told them I would help. And then I stayed."

Because, at long last, Craig found herself enjoying the experience.

"Singing now is different," she says.

"When we first started, it was a hassle. We drove everywhere, practically, or rode buses. Of course, they didn't pay well back then, either. We had fun, but it was not like you made a lot of money. And it was tiring. Today, you're taken care of. Now, people treat you better."