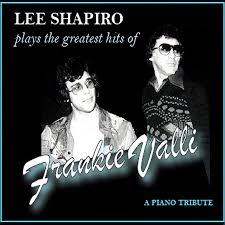 In 1973, at the age of 19, Lee Shapiro joined Frankie Valli as one of the legendary Four Seasons. As keyboardist/ musical director, Lee toured the world performing classic hits like "Can't Take My Eyes Off You", "Sherry", and "Big Girls Don’t Cry". Lee was the and arranger on the multi-million sellers "Oh, What A Night" and "Who Loves You". In the 1980's Lee collaborated with hit songwriters L. Russell Brown, Sandy Linzer and Irwin Levine, writing music for the hot recording artists of the day. In 1990, Lee formed Lee Shapiro Music, a creative company providing music for advertising and the media. Countless TV themes and commercials were created for NBC, CBS, ABC, Coca Cola, Budweiser, and on and on. In 1991, Lee collaborated with Barry Manilow in the production of his show "Copacabana, The Musical". In 1999, Lee diversified his talents and created the "must have" toys of 2000 and 2001, "Rock N Roll Elmo" and "Rock N' Roll Ernie" for Mattel/ Fisher-Price. Located in New Jersey, Lee Shapiro has been on the NYC music scene for more than three decades. "Leaving Manhattan School of Music at nineteen years of age to become one of Frankie Valli’s 4 Seasons gave me the opportunity to see the world and perfect my craft. Orchestrations and arrangements were written on planes and in hotel rooms and performed the same night, sometimes without rehearsal." Playing to sell-out audiences in venues such as the London Palladium, The Sydney Opera House, The Grand Ole Opry and Madison Square Garden gave Lee the vehicle to meet and ultimately collaborate with stars ranging from Barry Manilow and Tommy James to the London Symphony Orchestra. In 2010, amid the success of the Broadway show Jersey Boys, Lee had a discussion with his friend of 40 years, Frankie Valli. Soon after, he called a group of friends and music industry colleagues, and The Hit Men was formed. “This band consists of five guys who toured and recorded with the legends of the music industry, created hit songs and have been friends for between 30 and 50 years. It truly is “too good to be true”.