Patti LaBelle (born Patricia Louise Holte; May 24, 1944) is an American singer, songwriter, actress, and businesswoman. LaBelle began her career in the early 1960s as lead singer and front woman of the vocal group, Patti LaBelle and the Bluebelles. Following the group's name change to Labelle in the early 1970s, they released the iconic disco song "Lady Marmalade" and the group later became the first African-American vocal group to land the cover of Rolling Stone magazine.[1] LaBelle is commonly identified as the "Godmother of Soul".

After the group split in 1976, LaBelle began a successful solo career, starting with her critically acclaimed debut album, which included the career-defining song, "You Are My Friend". LaBelle became a mainstream solo star in 1984 following the success of the singles, "If Only You Knew", "New Attitude" and "Stir It Up", with the latter two crossing over to pop audiences and becoming radio staples.

Less than two years later, in 1986, LaBelle scored with the number-one album, Winner in You and the number-one duet single, "On My Own", with Michael McDonald. LaBelle eventually won a 1992 Grammy for Best Female R&B Vocal Performance for her 1991 album, Burnin', followed by a second Grammy win for the live album, Live! One Night Only. Her 1990s albums, Burnin', Gems (1994) and Flame (1997), continued her popularity with young R&B audiences throughout the decade. Following the release of two mildly receptive solo albums in the early new millennium, she reunited with her Labelle bandmates for the album, Back to Now, followed by a briefly well received promotional tour.[1] LaBelle's success has extended as an actress with a notable role in the film, A Soldier's Story, and in TV shows such as A Different World and American Horror Story: Freak Show. In 1992, LaBelle starred in her own TV sitcom, Out All Night. A decade later, LaBelle hosted her own lifestyle TV show, Living It Up with Patti LaBelle on TV One. In 2015, LaBelle took part in the dance competition, Dancing with the Stars.

In a career that has spanned fifty years, she has sold more than 50 million records worldwide. LaBelle has been inducted into the Grammy Hall of Fame, the Hollywood Walk of Fame, and the Apollo Theater Hall of Fame. LaBelle was included in Rolling Stone on their list of 100 Greatest Singers.[3][4] LaBelle is a dramatic soprano and is noted for her vocal power, range and emotive delivery… 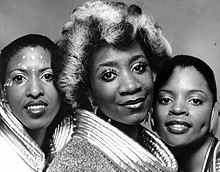 Patti LaBelle and the Bluebelles

LaBelle was born Patricia Louise Holte on May 24, 1944, in the Eastwick section of Southwest Philadelphia, Pennsylvania. She was the second youngest child of Henry and Bertha Holte's three children, and the next-to-youngest of five children overall. Her siblings were Thomas Hogan Jr. (b. 1930), Vivian Hogan (1932-1975), Barbara (1942-1982) and Jacqueline "Jackie" (1945-1989). Her father was a railroad worker and club performer and her mother was a domestic. Despite enjoying her childhood, LaBelle would later write in her memoirs, Don't Block the Blessings, that her parents' marriage was abusive. Shortly after her parents' divorce, when LaBelle was twelve, she was sexually molested by a family friend. She joined a local church choir at the Beulah Baptist Church at ten and performed her first solo two years later. While she was growing up, she listened to secular music styles such as R&B and jazz music as well.

When she was sixteen, LaBelle won a talent competition at her high school, John Bartram High School. This success led to her first singing group, the Ordettes, in 1960, with schoolmates Jean Brown, Yvonne Hogen and Johnnie Dawson. With LaBelle as front woman, the group became a local attraction until two of its members left to marry, while another was kicked out of the group by her religious father. In 1962, the Ordettes included three new members, Cindy Birdsong, Sarah Dash and Nona Hendryx, the latter two girls having sung for another now defunct vocal group. That year, they auditioned for local record label owner Harold Robinson. Robinson agreed to work with the group after hearing LaBelle sing the song "I Sold My Heart to the Junkman". Initially, Robinson was dismissive of LaBelle, believing she was "too dark and too plain". 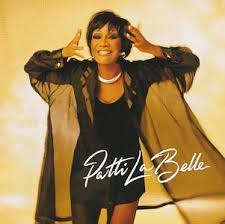 Shortly after signing them, he had them record as the Blue Belles and they were selected to promote the recording of "I Sold My Heart to the Junkman", which had been recorded by The Starlets, but was assigned as a Blue Belles single due to label conflict.[10] The Starlets' manager sued Harold Robinson after the Blue Belles were seen performing a lip-synching version of the song on American Bandstand.[10] After settling out of court, Robinson altered the group's name to "Patti LaBelle and The Blue Belles".[10] Initially, a Billboard ad cited the group as "Patti Bell and the Blue Bells". In 1963, the group scored their first hit single with the ballad "Down the Aisle" which became a crossover top 40 hit on the Billboard pop and R&B charts after King Records issued it. Later in the year, they recorded their rendition of the "You'll Never Walk Alone"; the single was later re-released on Cameo-Parkway Records where the group scored a second hit on the pop charts with the song in 1964. Another charted single, "Danny Boy", was released that same year. In 1965, after Cameo-Parkway folded, the group moved to New York and signed with Atlantic Records where they recorded twelve singles for the label, including the mildly charted singles "All or Nothing" and "Take Me for a Little While". The group's Atlantic tenure included their rendition of "Over the Rainbow" and a version of the song "Groovy Kind of Love". In 1967, Birdsong left the group to join The Supremes and by 1970 the group had been dropped from Atlantic Records as well as by their longtime manager Bernard Montague.

That year, Vicki Wickham, producer of the UK music show Ready, Steady, Go, agreed to manage the group after Dusty Springfield mentioned signing them. Wickham's first direction for the group was for them to change their name to simply Labelle and advised the group to renew their act, going for a more homegrown look and sound that reflected funk, rock and psychedelic soul. In 1971, the group opened for The Who in several stops on the group's U.S. tour.