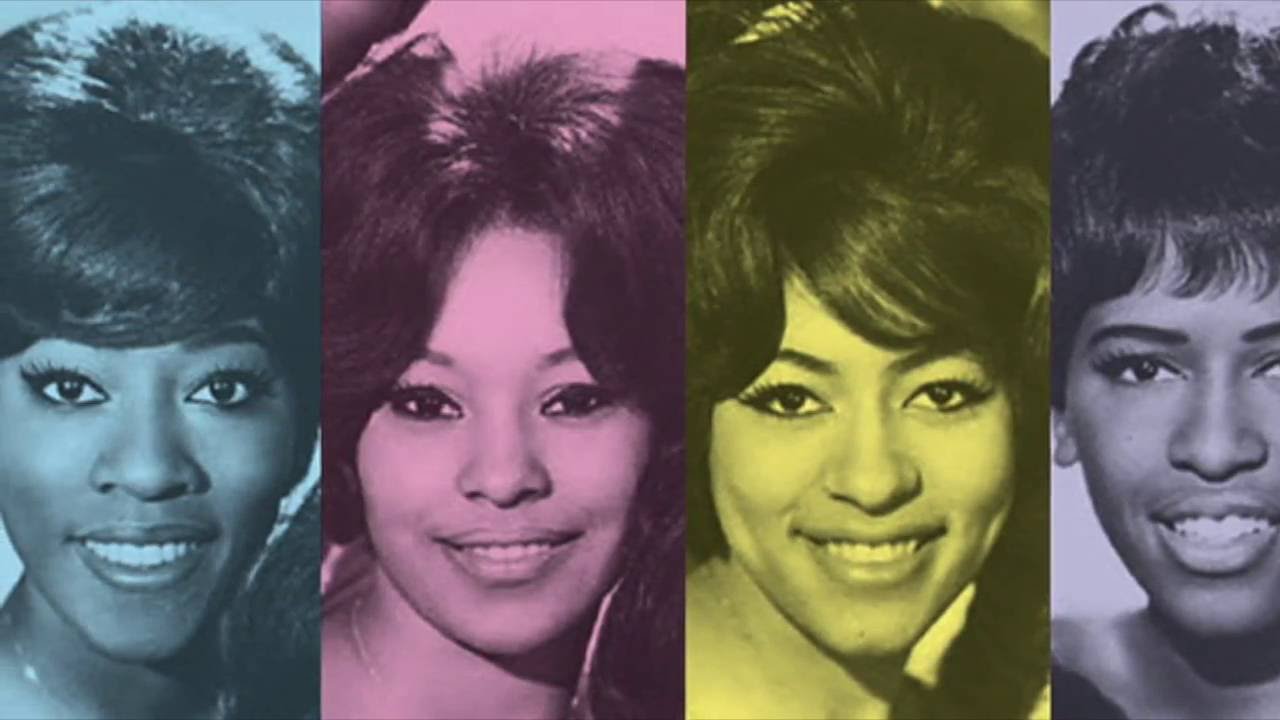 In 1960, the Chiffons formed at James Monroe High School in the Bronx, New York. The lead singer was 14 year old Judy Craig (born August 6,1946), and she sang along with Patricia Bennett (born April 7, 1947) and Barbara Lee (born February 6, 1944). It was at the after school center that they met writer/manager/entrepreneur Ronnie Mack. Mack's claim to fame at that time was as a local Philadelphia hit by Little Jimmy and the Tops called "Puppy Love." Though partial to his own songs, Mack got wind of a new Luther Dixon-Shirley Owens composition in the summer of 1960. Owns was lead singer of the Shirelles, so it was only natural that they record the song "Tonight's the Night." Mack decided that the one way to get publicity would be have the unknown Chiffons cover "Tonight's the Night" and to fight it out on the charts with the more established Shirelles. 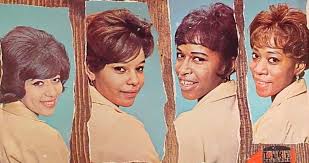 The girls than choose the name Chiffons out of the hat. Mack than signed the trio to Big Deal Records. They then recorded "Tonight's the Night," and both versions hit the charts on September 12th. The Shirelles, having a stronger lead vocalist and fuller harmonies climbed to #39 while the Chiffons' first release managed to reach #76.

It would be two and a half years before the Chiffons would again make the national charts. During this time Mack talked them into taking on c-lead singer, Sylvia Peterson (born September 30, 1946) She too was a student at James Monroe High and had sung with Little Jimmy and the Tops.

In the fall of 1962, Mack took some his songs to a new production team in New York City.  The company Bright Tunes and the producers were Phil and Mitch Margo, Jay Siegel, and Hank Medress a.k.a. The Tokens. They liked one of the songs called "He's So Fine" and asked if he had a group to sing it.   Fearing a negative response would end their interest he said that he had a terrific group. The Tokens said "Great. Bring them in tomorrow." Mack knew he had  no such group, but he also knew that the Chiffons had heard and even sung the song around school.

It was several months before the Chiffons were called in to record the single. The Tokens not only produced it, but played all the instruments too. Finally in December 1962, it was released on Laurie Records. By March 20th "He's So Fine" was the #1 record on both the Pop and R&B charts.

The next single. "Lucky Me" was as much a flop as "He's So Fine" was a hit. In order to not lose momentum, the Tokens immediately produced a third single "One Fine Day." "One Fine Day" proved to have the same simple appeal as "He's So Fine," and the Carole King-Gerry Goffin composition rocketed up the charts to #5 Pop in June and #6 R&B.

The Tokens then decided to create a dual personality for the group, so at the same time that: One Fine Day" was being released, they recorded the Chiffons on Laurie's Rust subsidiary as the Four Pennies. The Pennies' first single was "My Block" and it reached the charts three weeks after "One Fine Day. It was a cha-cha rhythmed song with a sound reminiscent of Phil Spector's productions.  However, it only went #67 Pop. In September the Chiffons had their third Top 40 hit in four tries with "A Love So Fine." Back as the Four Pennies their September release of "When the Boy's Happy" reached #95 Pop in November. 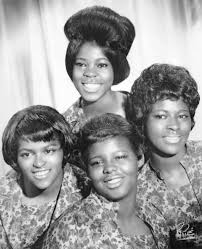 The Chiffons were now in great demand  and began appearing on TV's American Bandstand, Hullabaloo, Shindig, as well as Murray the K's Brooklyn Fox live show, and singing commercials for Great Shakes drinks.

Because of their age and sex, the Chiffons didn't tour much. They did the annual Brooklyn Paramount Theater week end shows around Labor Day and Christmas. In 1963, they joined Dion's rock and roll show at the Pittsburgh Civic Center that also featured the Shirelles, Freddy Cannon, Little Peggy March, the Impressions and Dione Warwick. In November, they were with James Brown at the Apollo theater in Harlem, New York.

In the fall of 1963 the Chiffons released "I Have a Boyfriend." considered to be their best recording. Written by Jeff Barry, Ellie Greenwich, and the Tokens, the rhythm ballad was a Ronettes styled mix of the early '60s rhythm and blues and doo wop. It reached #36 on the Billboard's Best Seller list in November, but was gone ten weeks later.

After "One Fine Day," their sales dropped dramatically. One reason might have beenthe eight singles they recorded in their first year with Laurie. Not to mention the backing work they did with Andrea Carroll and their own two albums.

On February 11, 1964, the Chiffons were among the opening acts on the Beatles first U.S. concert at Washington Memorial Coliseum. In June, 1964 they opened for the Rolling Stones on their first U.S. tour.

Several strong Chiffons recordings followed ("Tonight I Met an Angel," "Sailor Boy," and "What Am I Gonna Do With You"), but the charts were now moving to the British sound. However, a good song is a good song, and in the spring of 1966 the Chiffons had a Top Ten Record in June with "Sweet Talkin' Guy."

In 1968 the Tokens moved the group from Laurie to its own label B.T Puppy for one single called "My Secret Love" which remained a secret to the public as it received little air play.

By 1970 the Chiffons were on the Buddah label singing the Tymes hit "So Much in Love, while George Harrison was unintentionally plagiarizing "He's So Fine" while he was writing his first solo hit "My Sweet Lord." In 1971, he was sued by Ronnie Mack's estate and Bright Tunes. Harrison lost the case in 1976 and was ordered to $587,000 in composer's royalties.

In 1975 To capitalize on the publicity of the lawsuit the Chiffons recorded their version of "My Sweet Lord."

In March 1972, six years after their last chart record, the British London Records issued the original recording of "Sweet Talkin Guy" on the U.K. label Stateside. The record went to #4 in the U.K. This was while the Chiffons were working small clubs and didn't even have a U.S. record deal.

In 1976, Laurie issued the last Chiffon single. "Dream, Dream, Dream." By the 1970s Judy Craig had left the act, Patricia Bennett and Barbara Lee had married. The Chiffons continue to perform today.

When Barbara Lee died in 1992, Judy Craig returned. Then Sylvia Peterson left to be replaced by Connie Harvey. In 1989, the Chiffons joined with the Belmonts, the Diamonds, the Flamingos and the Silhouettes for the Royalty of Doo Wop tour. Chiffons continue to make many personal appearances, mostly along the East Coast. 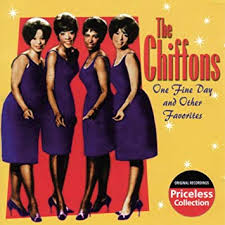 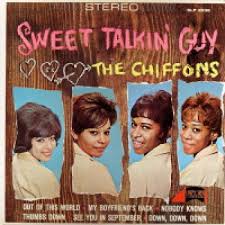 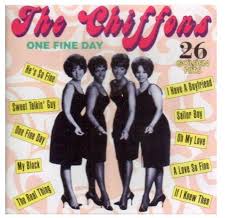 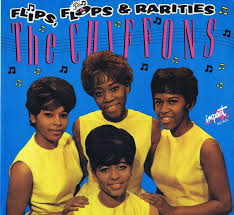 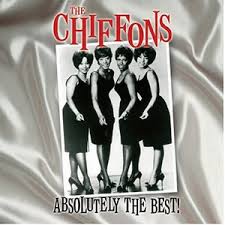 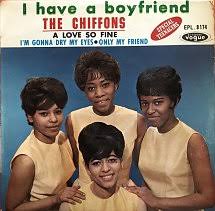 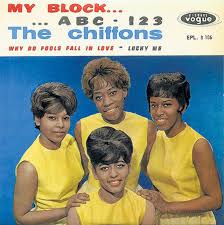 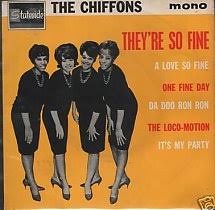 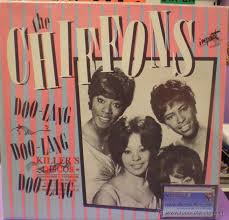 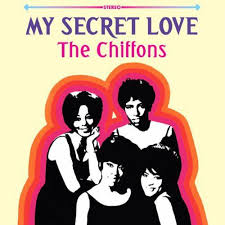 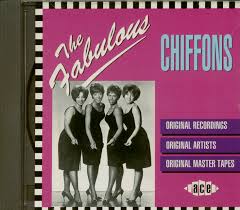 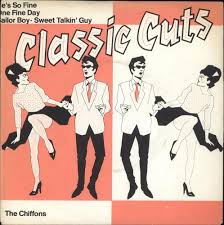