The Tune Weavers were originally formed in 1956, and hailed from Woburn, Massachusetts. The group, originally comprised of, (lead singer) Margo Sylvia, (tenor) Gilbert J. 'Gil' Lopez, (bass) John Sylvia and obligato Charlotte Davis. Brother and sister, Margo and Gil, sang as a jazz duo, in and around Boston, before being joined in 1956 by Margo's husband John, and her cousin Charlotte, comprising the Tune Weavers. Originally being called ‘the Tone Weavers’, the group changed their name to ‘the Tune Weavers’, after being wrongly introduced by name on stage. 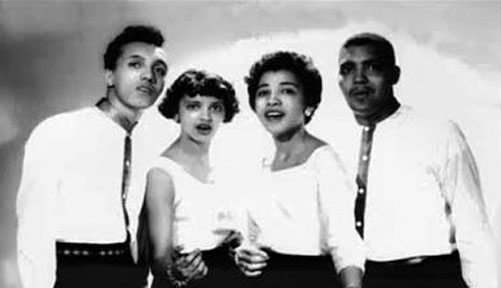 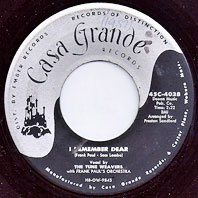 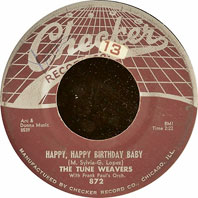 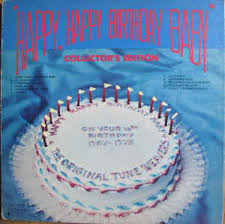 Following promotion by Dick Clark, and Chess Records in Chicago, the song was picked up by the Checker Records imprint and re-released. The second time around, the song entered the Billboard and R&B charts in 1957, reaching no. 5 on the pop chart and no. 4 on the R&B chart.

The group appeared on Al Freed’s live show in Brooklyn, New York, after which, the group became in demand on the live circuit. The Tune Weavers went on tour with the likes of The Everly Brothers, Buddy Holly and the Crickets, Eddie Cochran, Paul Anka, Roy Hamilton, The Clovers, amongst others. 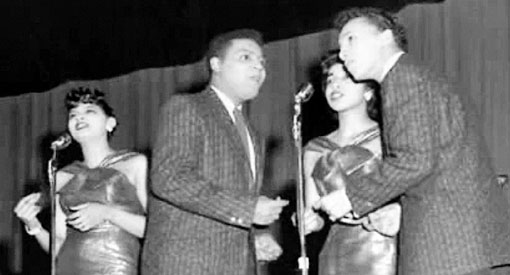 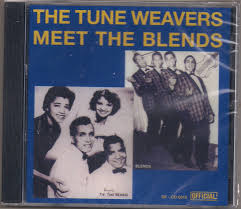 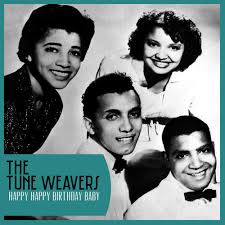 The Tune Weavers continued to record and tour, up until 1962, when they disbanded.

A newer version of the group formed in the 1970s. 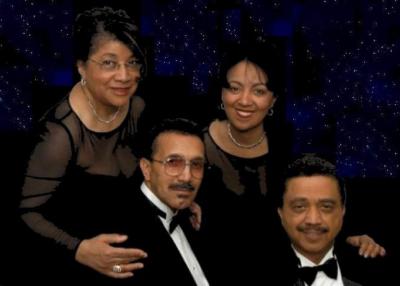 Doo Wop musicans bring the Tune Weavers back after 42 years of retirement: After 42 years away from the spotlight, the Tune Weavers, led by Marion resident John Sylvia, are making their comeback. The jazz-pop group will receive the gold record award on Friday, April 20 at the seventh Annual Doo Wop “Rock and Remember” concert in New Bedford for their international hit “Happy, Happy Birthday Baby.” First released in 1957, the record went on to sell over two million copies and was later covered by Elvis Presley and Dolly Parton. “Happy, Happy Birthday Baby” was written by the founding member of the group and John’s late wife, Margo Sylvia. Margo passed away in 1991.

“Margo was the first and only Cape Verdean woman ever to write and record a hit song,” said Sylvia. “No one else has yet to do that again.” In 2003, the Tune Weavers received a Lifetime Achievement Award from the Doo Wop Hall of Fame of America. Sylvia, along with original member Charlotte Davis-Rose, recently joined forces with Burt Pina and Alice Fernandes to reform the group. The purpose for reuniting the group, said Sylvia, was the same as his reason to join the band in the 1950s – it was all for Margo. “I put the group back together largely to pay honor to my wife and her brother, Gilbert Lopez, who were not there to receive the Lifetime Achievement Award for themselves back in 2003,” said Sylvia.

Despite some doubts about playing live, Sylvia said he couldn’t resist being on stage with his bandmates and performing once again. “Believe me, I had no intention of getting back into the business,” said Sylvia. “I’d been out of the business for well over 40 years.” “I told Charlotte if she wasn’t willing, I’d look for someone else,” he said. “Two weeks later she called me and said, ‘Count me in!’ From that point on, we’ve been traveling all over the country performing.”

The group has performed at Boston Symphony Hall, Webster’s Indian Ranch, the Cape Cod Melody Test, the Providence Performing Arts Center and throughout Florida. And they’re not done yet. After Friday night’s performance, the Tune Weavers will hit the road once more. A father of six children, Sylvia says his family has always been supportive. “I’m very proud of who I am, where I’m from, what I’ve accomplished and of my family,” he said.