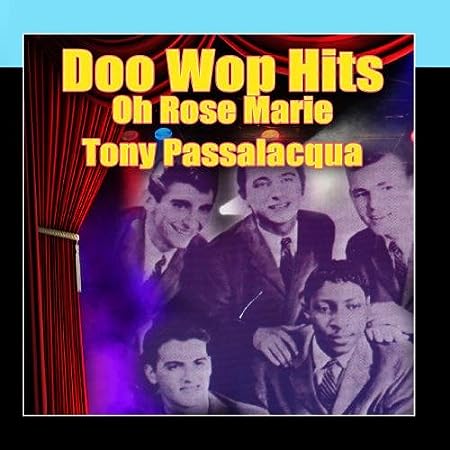 Tony Passalacqua (Passa) grew up in the Bushwick section of Brooklyn where he formed the Fascinators in the mid 50’s. They recorded a number of songs for Capitol Records who initially wanted Tony as a solo artist, but he refused to leave his group. They recorded “Chapel Bells”, “Who Do You Think You Are,” and “Oh, Rose Marie” in 1958 and 59. While moderate hits at the time, they have become Doo Wop classics.

He has the distinction of having at least one of his three Fascinator hits appear in every Top 100, 50 or top 10 list including two on a Gus Gossert’s Top 10.

Passalacqua was also the  lead for Tony & The Twilights, also known as Tony Richards & The Twilights, an offshoot of three different Brooklyn groups. They recorded “Please Believe In Me” on the Colpix label in 1960, one of 11 labels Tony has released recordings on.

Passalacqua had a Top 10 hit in Australia with “Spring Fever” in 1967 as Tony Pass. He was also a member of the Archies on their second hit, “Who’s Your Baby” in 1970.

After moving to Florida in the 60’s, Tony sang with several groups including Bits & Pieces and Legacy in the 80’s. He was a member of the  Legends of Doo Wop who had worldwide success after debuting on one of TJ Lubinski’s early PBS Doo Wop TV Specials.

Tony continues to perform today and makes his home in Ormond Beach, FL..

The original members of the Fascinators came together, as did many of the vocal groups of the '50s, while singing harmonies on the street-corners of their hometown, in this case, the Ridgewood-Bedford Stuyvessant section of Brooklyn.  The group — Tony Passalaqua, lead, Angelo LaGreca, baritone, Nicky Trivatto, tenor, Eddie Wheeler, tenor, and George Cernacek, bass (though he was just a tenor and occasionally had to smoke cigars before appearances or record sessions in order to deepen his voice!) — ultimately received offers from several record labels, but it was their manager, Jim Fererri, who directed them to Capitol Records. 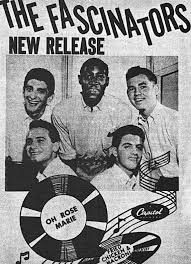