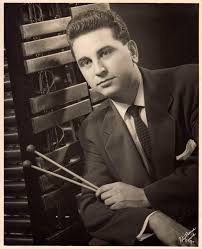 Vincent Montana Jr. (Vince Montana) (1928-2013) who created the Salsoul Orchestra in an in depth DiscoMusic.com interview. From his days with Gamble and Huff in Philly to worldwide fame. Discover why even the Pet Shop Boys sought out this musical genius.

Much has been written about Vincent Montana Jr., the creator of the Salsoul Orchestra and one of the key figures behind the "Philly Sound," but who is Vince Montana really? What led him to create the works that would help shape Disco and dance in the 1970s and 80s and still allow him to be sought out by the likes of Masters at Work and The Pet Shop Boys as we enter a new millennium?

Vincent Montana, who is of Italian descent, was born on February 12th of 1928 and was raised in the working class neighborhood of South Philly. This section of Philadelphia had some elements straight out of a Godfather movie with many colorful characters and one could easily slip into this way of life at a young age. Vince Montana however chose music instead and never looked back.

Vincent Montana recalls that he started playing the drums from the age of six since his father did as well, but that a grade school teacher recommended he play the orchestra bells for a school play named "The Celebrated Waltz." Telling the teacher that he wasn't sure that he could do it, the teacher took the time to show Montana the basics and encouraged him to practice and keep at it. Vince said it took a little perseverance, but he was soon hooked and studied music intensively after that.

Montana strongly credits this experience with his ultimate desire to play vibes and believes that being exposed to the arts and music at an early age is something that no child should be denied.

Over time Vincent Montana mastered the drums, vibraharp, orchestra bells, chimes, marimba and the tympani. Playing the vibes is what he is best known for. For us lay people, the vibraharp (or simply vibes) consists of 36 aluminum bars of varying size that are struck with a mallet. Vince Montana plays with two or four mallets which he hand wraps with cotton yarn. The bars in turn sit atop pipes with motors that resonate and which can then be sustained via a foot pedal. The vibes are considered a percussive instrument and similar to the xylophone and marimba which have wooden keys. Watching and hearing Vincent Montana play the vibes up-close in his studio was a rare treat indeed.

As we continue to discuss Vincent Montana's musical beginnings he brings out a stack of ancient music books and promptly lays them out in front of me so I could get a good look at what they contain. He flips through the pages of charts and music theories and explains some of them. The next book he brings out is the one that really got me interested because it contains sheet music for many of the Salsoul Orchestra's Disco hits. Even though I can't read music Montana explains what some of the notes mean and I felt the thrill of seeing and hearing as he hummed what the musicians saw as they played their respective parts.

Soon after, the focus shifts to the orchestra and its many components such as the violin, viola and cello which Vincent Montana then goes about describing with words, hand gestures and finally drawing on paper the figure eight path that sound waves take through a violin. Also how playing more than one violin at a time (or just about any instrument) as in the context of an orchestra gives out many different harmonics that otherwise wouldn't be heard. "No two players play alike; no two instruments sound alike." He seems to revel in this notion and one knows damn well Vincent Montana has exploited this phenomenon to its fullest. This in essence explains what Vincent Montana is aiming at with his work, a large orchestra coming together as one with many overtones, or would it be undertones, producing sounds yet unheard. The resulting sounds will play with your mind and senses or as he describes "make the hairs on your back and arms stand up."

Playing with the Stars

Rewinding back to his teens Vincent Montana wanted to continue to learn music and get some real-world experience, So at the age of sixteen he began playing in bands at various Philly jazz clubs. Having the opportunity to play with the likes of Charlie "Bird" Parker, Sarah Vaughn and countless others, Vincent Montana was able to interact with true legends and hone his craft. One may wonder how he got to play with Charlie Parker? Simple, he asked if he could sit in with the band one night. That one moment of courage acted as a catalyst that saw him go on to play with other great Jazz musicians and groups of the era. 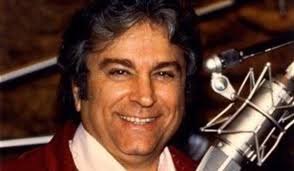 After making a name for himself in and around Philly, Vincent Montana decides to travel about the U.S. in the 1950s and early sixties with a brief stop-over in Las Vegas. He and the other musicians would travel around and play the popular dance songs of the day for whatever money they could get. Vince then returned to Philly to work as a session musician playing behind the likes of Chubby Checker and other Cameo-Parkway artists throughout the sixties.

In the early seventies Vincent Montana landed a spot on television as a band member with the Michael Douglas Show after being the last musician to audition for the part.

Montana and the Philly Sound

Unfortunately, being on the show didn't allow Vince to play as much or be as creative as he had wanted. After being with the Michael Douglas Show for about a year Vince went back to playing in and around Philly and soon became an integral part of the "Philly Sound." This was due in large part to his earlier works with Cameo/Parkway and friends like Thom Bell (Delfonics) as well as Kenneth Gamble and Leon Huff who he would work with for about seven years.

Vince recalls a time when he was wheeling in his vibraharp into the studio and saw Leon Huff sitting patiently in the lobby. Leon was a songwriter and piano player and both were friends so Vince Montana asked what he was waiting for to which Leon replied "I've been waiting for four hours to show Bernie Lowe (then head of the studio) some music I've been working on." He then asked Vince that if he saw Bernie, to tell him that he has been waiting and could he please see him to which Vince replied "Don't worry, some day you'll own the building." Sure enough Leon teamed up with Kenny Gamble to form the legendary Philadelphia International record label and now owns the studio.

Huff's future partner Gamble would come into the studio and sing backup along with his future wife Dee Dee Sharp. Vincent Montana says the whole experience was almost like magic and they never stepped on anyone else's toes. Who could argue when such great talents as Norman Harris on guitar, Ron Baker on bass, Leon Huff on piano, Earl Young on drums and Vincent Montana on vibes were creating music? These were just a few of the many session musicians that made up the rhythm section of the "Philly Sound." Others included the late Larry Washington who played congas and who many of today's DJ/remixers unknowingly sample.

Montana describes Norman's sounds as very Wes Montgomery-like and very Jazz. The late bassist Ron Baker loved the style of the late James Jamerson from Motown, Bobby Eli was very electric with the wah wahs, T. J. Tindel with the rock feel… it was a great mix. Nonetheless, New York musicians called them (the Philly guys) Disco players, which Vincent Montana resented because he says they "were all great Jazz musicians," but playing Jazz at $25.00 a night just didn't pay the bills so they had to play what made money. We simply "imported Jazz into a funky dance music." Motown started the dance era and was funky and Vincent Montana says that they (Philly) elaborated on it and made it a little more sophisticated with the strings, french horns… He is proud to have been a part of what Motown and Philly did for music.

One of the first records Montana worked on, and one he still can't get enough of, was "Expressway To Your Heart" by The Soul Survivors. The work just snowballed and he continued in the capacity as a session musician, arranger and/or producer with many artists and groups. They included Blue Magic, Brenda and the Tabulations, The Delfonics, Loleatta Holloway, The Intruders, Grace Jones, Eddie Kendricks, Barbara Mason, Johnny Mathis, Harold Melvin and the Blue Notes, The O' Jays, Billy Paul, The Spinners, The Stylistics, The Tramps and Carol Williams. 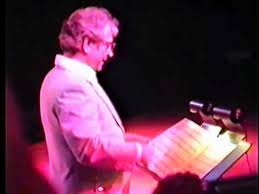